Hugo Boss has a long history in the fashion world and a German fashion and lifestyle house, which is based in Metzingen, Germany.

Hugo boss derives its name from its owner and founder Hugo Boss. It was started in 1924 and began with the manufacturing of clothes in Metzingen, a small town in south of Stuttgart.

Their fragrance line has been popular for many years and produces good fragrances that can be had in the lower to moderate price ranges.

Hugo Boss makes designer fragrances that are both stylish and can be worn for any situation a man may face. Today, Hugo Boss has over 6,102 points of sale in 110 countries.

After grand success in clothing line, Hugo Boss launched their perfumes as well. It has created some of the heart throbbing perfumes for men.

Listed belos are some of the best perfumes by Hugo Boss. Below are top 10 best Hugo Boss perfumes for men you should know: 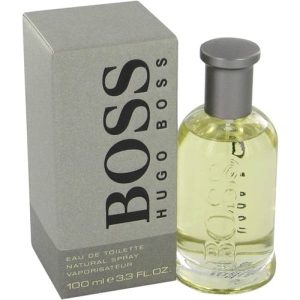 No.6 is the most popular Hugo Boss fragrance of the bunch and for very good reason. This cologne is just all around pleasant, moderately priced, and seems to be a bit unique.

The fragrance is fresh and sharp with warm woody base. The fresh and fruity top notes of apple and citrus are perfectly balanced with floral and spicy heart, dominated by pelargonium, warm cinnamon, and cloves.

The base notes are very masculine: sandalwood, vetiver and precious cedar. This chromed, elegant and very powerful creation is available as 50 and 100 ml edt. 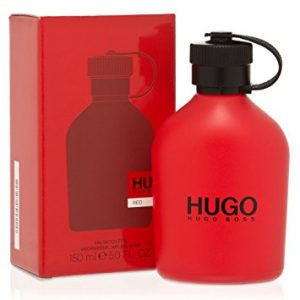 RED by HUGO is a spicy, savory fragrance that leaves a lasting impression this seems to be an under appreciated fragrance. 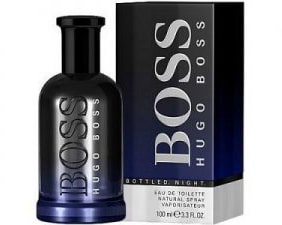 This is a new edition by the design house of Hugo Boss which was launched in the month of July 2010.

The fragrance aims at ambitious young man who realizes his goals and strives for new challenges. Everything is within arm’s reach for him, and every goal is possible to be realized.

The opening notes are of lavender and brich tree, while the accentuating heart notes include the aromas of African violet, resting on a base constructed of warm, precious woody nuances of Louro Amarelo tree and sensual musk.

The bottle of this fragrance is in midnight blue color that complements the freshness of the fragrance. 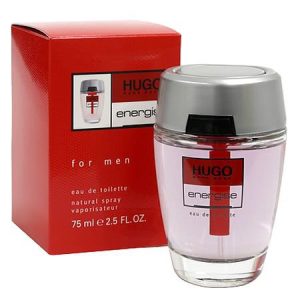 Was launched in 2005 by the designer, Hugo Ferdinand Boss, himself. Hugo Energise by Hugo Boss is a Woody Aromatic fragrance for men.

It is fresh, stylish and has effortless energy that gives off more than what a man can but stays in control. The fragrance shows no limitations and no barriers, it is contemporary scent for a modern man.

The heart notes include coriander and juniper berries that provides a powerful kick to the aroma. The base note is most unforgettable part of this fragrance as it follows right after the middle notes cease and evaporates slowly making it long lasting.

The base notes are smooth blend of suede and jacaranda wood, creating a sensually distinct trail. 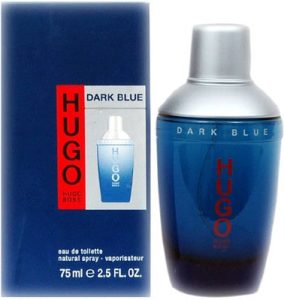 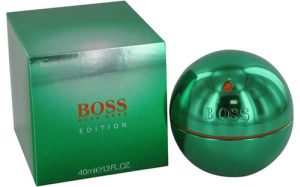 The house of Hugo Boss has announced a new perfume for men in 2005. The designer went for the green with this limited edition perfume. Enclosed in a stunning green sphere, this masculine aroma is an efficient blend of tangerine laced with cognac and spiced with nutmeg and cardamom. A fresh swirl of patchouli and sandalwood endows the skin with energetic vivacity.

The new Boss In Motion White was announced as a combination of explosive aromas of red orange, basil, saffron, cinnamon, black pepper, and vetiver. The flacon is coloured in white, with a discrete orange stripe. Outer carton is also white, decorated with orange letters. The collection includes 40ml EDT, 90ml EDT, and 150ml shower gel. 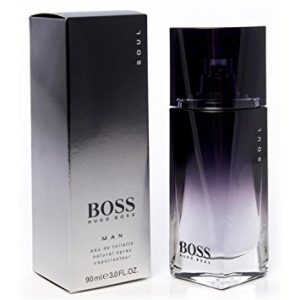 This was launched by design house of Hugo Boss in the year 2005. Hugo Boss soul is Eau De toilette natural spray for men, which possesses a blend of lavender, amber, cinnamon, nutmeg, vetiver, mandarin, tonka, anise, bergamot, vanilla and black pepper which makes it a fresh and spicy mix. It is long lasting and recommended for evening wear as it has very strong fragrance. 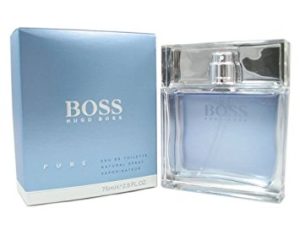 This is the latest fragrance by Hugo Boss, which is inspired by the idea of a man becoming one with water with very strong refreshing note. The energizing aroma of this perfume burst with aquatic freshness and captures the sensuality of pure and unstoppable power of water.

The notes of this scent include freshness of Mediterranean citrus that is blended with juicy fruit notes and water accord.

The notes include fig water, Mediterranean citrus, lily, hyacinth and massoia that gives it ultimate freshness. The pleasing fragrance will help keep you energized and feeling fresh throughout the day. 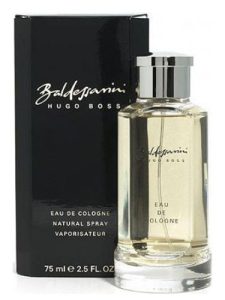 Baldessarini cologne for men was launched by the design house of Hugo Boss in 2002.

It has elegant blend of luxury, imagination and spirit of adventure. It is earthy , euphoric and rich, as it represents an exotic mix of finest materials.

This fragrance for real men awakens fantasy, a wish for travelling to distant, exotic countries. In the beginning you can feel a sharp freshness of orange, mandarin and mint, which hide a special masculine metal note in themselves.

Boss Elements Aqua by Hugo Boss is a Woody Aromatic fragrance for men.

Boss Elements Aqua was launched in 1997. It is a mix of patchouli, sandalwood and woodsy hints, which provides fabulous and sensual aroma.

It has long lasting fragrance and hence it is recommended for daytime or casual wear. It last for six to eight hours, which is essential when it comes to masculine aromas.

Notes of this perfume are juniper, amber and sandalwood. It has a sophisticated packaging and the design of this bottle makes it attractive.

This website is a participant in the Amazon Services LLC Associates Program, an affiliate advertising program designed to provide a means for sites to earn advertising fees by advertising and linking to Amazon.com

We use cookies to ensure that we give you the best experience on our website. If you continue to use this site we will assume that you are happy with it.Ok